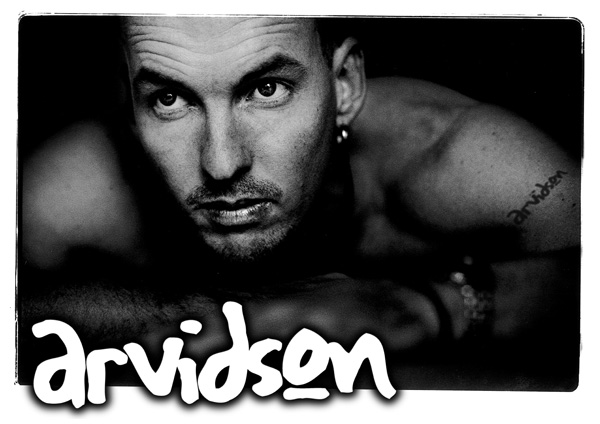 The Rudy Brandsma Award is presented annually to the ASA member who demonstrates outstanding potential as a songwriter. The award is named in honour of the ASA’s co-founder, the late Rudy Brandsma.The award winner for 2006 is Daniel Arvidson for his song “Not About”, which placed 3rd in the Open Category. Daniel also placed 9th in the Contemporary Pop Category with “Wanna Come Back As A Girl”.In previous years, Daniel has placed 4th in the 2003 ASA Pop/ Contemporary Ballad Category with “Feel Her Voice” and 6th in the same category with “Alleyway Café”.Daniel Arvidson is a singer, songwriter and entertainer from Newcastle in the Hunter Region of NSW. He has been playing professionally for over fifteen years. Daniel’s impressive list of achievements includes “Soloist Of The Year” in the 2002 ABC Music Awards, winner of the “Theatre Category” at the 2002 ABC Music Awards with his song “Crown Of Thorns”, and “NSW Wedding Entertainer” for 2002, presented by the Australian Bridal Association Inc.Daniel’s greatest passion is his original music. In 1998, he released a self-titled album of his music, which was produced by Peter Contini at Sun Studios in Surry Hills in Sydney. The album contains the award winning songs “Feel Her Voice”, “Alleyway Café” and “Crown Of Thorns”. In 2003, Daniel released a best selling single “Newcastle”, which went on to become an anthem for the NSW Hunter Region, and which he performed on stage with the Newcastle Knights Rugby League team in front of 50,000 people in 2003. 2006 will see the release of Daniel’s new CD “Wonderful Life”. -o-ASA: We were all really impressed with your song “Not About”, which you performed on the awards night. Would you please tell us how the song came into being and also run through your own composition process on this song.

DA: “Not About” came about from my observations on how what society deems as love really has nothing to do with love. For example power and money might take precedence over the qualities of someone’s character.

When creating this song, I was after something narrative to express my views, quirky but clever enough lyrically to hold attention, yet simultaneously powerfully melodic that would sponsor the raw emotion. I love songs with big dynamics. I love to sing soft and I also love the liberation of expression to fully belt something out vocally. This song has a chorus you can sink your teeth into. It’s a challenge, but it’s a pleasure to sing, and any strength given just adds to its conviction. The verses and bridge could be creatively complex but the chorus was to just soar and be simple.

“Not About” started out as a song called “Million Dollars”. It was re-worked at Chartsong Studios with producer Stuart Stuart. Some of the changes included re-writing the bridge to give it a more dynamic build to the chorus. We trimmed the old chorus to keep it simple, focusing more on the hook to give it more of a commercial edge.

ASA: Tell us a bit about how your best-known song, “Newcastle” came into being and how you felt performing it on stage with the Newcastle Knights. Do you still get requests for the song?

DA: I had just finished my debut album and was in the process of it getting reviewed. One particular critic cited that the tracks had no “relatability factor”. Initially I was crushed as I loved the album and still do, but I took note of his opinion (it had merit) and my songwriting changed from that day.

I pulled out a song that I had worked on nearly a decade before called “Newcastle”. It was about my hometown, so it was something that I knew everyone who lived here could identify with. All it needed was a chorus. Whilst working and playing in a Contiki bar in Florence Italy, I noticed all the locals coming in chanting their soccer anthems. I thought “that’s it !!!- that’s what the song needs- an anthemic chant”. I came home, added the chorus, and started playing it live, and pretty soon it got to the point where people were packing out the pub just to hear the one song. I caught the buzz on a live recording and a local DJ had the courage and foresight to give it a spin on radio. As if there was not already enough “relatabilty factor” with a local singing on local radio about local issues, the song’s release coincided with the semi finals of the National Rugby League, and because the Newcastle Knights are mentioned in the song, the team as well as the public took it on board as their anthem.

I felt extremely proud of my hometown to sing it on stage with the Knights, and very grateful for their support. I was also very proud of the song’s accomplishments and enjoying the experience of being onstage playing one of my originals to 50,000 people.

The song still gets air play and is requested at my gigs, more than “Khe Sahn”, he! he! -so no offence to Cold Chisel, but I’m happy with that.

ASA: Are you happy being a Newcastle boy, or would you like to take your music to a wider audience?

DA: Both! Newcastle is the best place on earth to me, and will always be home, yet my musical aspirations have always been global. That’s the reason for the song “Wonderful Life”. A human being in Siberia could relate to it just as much as my next door neighbour could. It’s a positive song and my dream is to uplift humanity, not jus