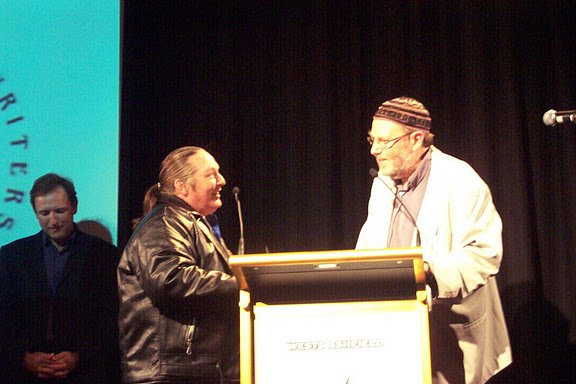 We were saddened to learn of the passing of Australian singer and songwriter, Stevie Wright.  Stevie was one of the founding members of the Australian and International group, The Easybeats, who are remembered for their large body of work, including their international hit, Friday On My Mind.

Stevie, along with co-writers, Harry Vanda and George Young, were the inaugural inductees into The Australian Songwriters Hall of Fame in 2004, at the National Songwriting Awards.

The picture above shows Stevie accepting his induction from Glenn A Baker.

Goodbye Stevie, and thanks for the music!

About the Author: admin