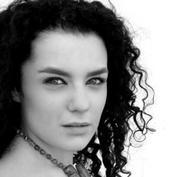 The Rudy Brandsma Award winner for 2003 is 16 year old Callee Mann. She is currently completing year 12 at Southern Cross High School, Ballina, NSW and is also in the process of recording an EP.

Callee has been performing regular gigs as part of a duo at local pubs, clubs and restaurants on Friday and Saturday in an effort to raise money to put towards recording her material. She also performs at the Australian Hotel Ballina doing solo vocal and piano entertainment.

Callee performed as a duo act, at the 2003 Ballina Community 24hr-Relay-For-Life, both opening and closing the ceremony. She has also performed at Lions Club Dinners, ASA Wax Lyricals and has had both interviews and airplay with radio stations including ABC Radio North Coast, Triple ZZZ Fm 100.9 and Paradise Fm Radio 101.9.

Callee was also successful in a number of other competitions recently. These include: